In Elisa Andessner’s photographic works, the same person is Always visible. Although her face is averted, it's clear that it is the artist herself. There is no spontaneity in these pictures. They are strictly calculated, precisely angled and staged down to the last detail. The long process of their development is noticeable. Nothing superfluous, no dirt; on the contrary, the photographs are almost clinically clean. One could almost think that a surgeon has composed the pictures with a scalpel following an anamnesis. (...) The performance art tradition from which Elisa Andessner comes is per se the attempt to overcome the border between art and life, in a very direct way. The photographic art to which she moves, however, establishes a distance through its „apparatus-ness“. Andessner’s attempt to disappear in her artwork, analogously to the Chinese painter – and there is much to suggest that she is planning to: the perfect formal adaptation of her body to the regularities of the used medium, for example – is condemned to failure. In failing, however, she creates an original third way: neither creating a living artwork, nor losing herself in the work, but being so present as an artefact in an artificial system that it is possible to imagine the photographs without her as a person, but not without her as an icon.

from "About the impossibility of (not) disappearing“, Martin Breindl (alien productions), catalog „Surrender to spaces“, 2015 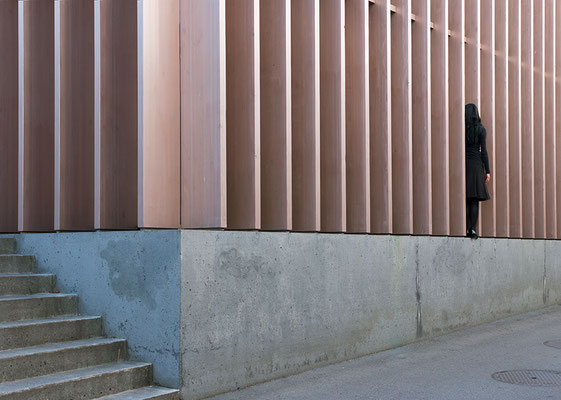 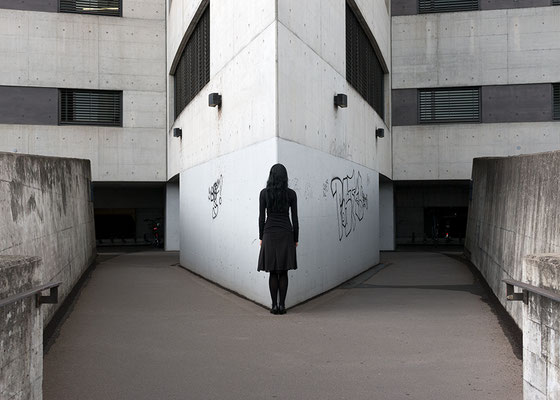